Boston Valley Terra Cotta’s hard work manufacturing the 5,600 terracotta blocks, 500 of which are entirely unique, has culminated with the installation currently underway at 514 W 24th street. During the manufacturing process, Boston Valley utilized all four forming methods: RAM Press, Hand Press, Slip Casting, and Extrusion. Through these different means of fabrication, we are able to produce the variety of custom shapes necessary to create this elaborate building skin. Units of terra cotta masonry underwent spray application glazing, laying down an even coat of glaze across the each of the 5,600 pieces of terra cotta. Units spend time firing in the kilns reaching high temperatures to allow for the clay and glaze to harden into its final stage. The pieces of terra cotta leave the kiln transformed into the glossy opulent green, ready to take its place on the facade of The Fitzroy.

Before shipping to New York, each piece of terra cotta is labeled specifically for the inevitable installation downstate. The flexibility in Boston Valley’s manufacturing capabilities and thorough quality control process allows for large scale and complex projects to be seen through to completion. Great care and preparation are employed by the dedicated staff at Boston Valley Terra Cotta to ensure a smooth installation later on.

The building has been receiving some attention in the press this month. You can read some recent articles linked below from CurbedNY, Field Condition and Buffalo Rising on Boston Valley’s work on The Fitzroy. 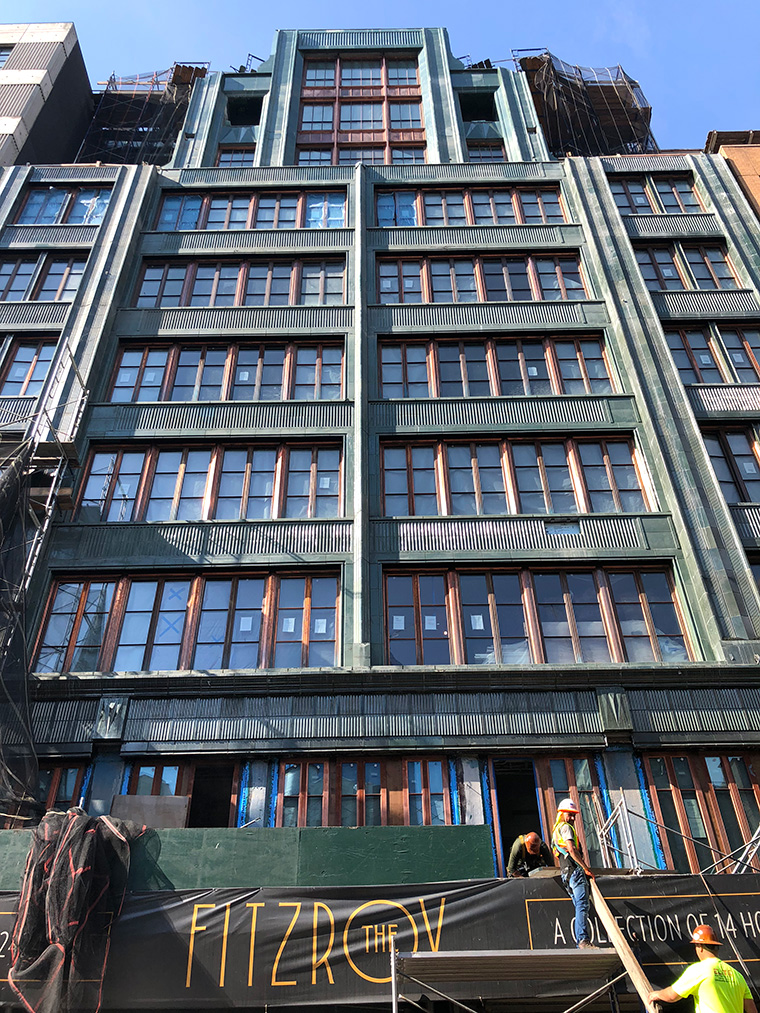 “It’s been a while since we last checked in on JDS and Largo Investments’ Art Deco-inspired condo near the High Line, the Fitzroy, located at 514 West 24th Street. Last June, the ten-story condo building topped out and according to Field Condition, who was recently on site and captured a few new photos of the project, facade installation is nearing completion.”

“Facade installation is nearing completion at The Fitzroy, JDS Development Group and Largo Investments’ 10-story luxury condo tower adjacent to the High Line. Roman and Williams are responsible for the design, which they claim was inspired by the iconic New York architecture of the early 20th Century. The facade features green terracotta panels with large copper-clad oak windows. When completed, the project will include 14 homes ranging from two- to five-bedrooms.”

“Buffalo’s historic terra cotta masterpieces are typically white, cream, or clay in color. In New York City, a development team is creating a terra cotta-clad building in a distinctive forest green with over-sized copper-clad oak windows. The residential building, the Fitzroy, is being built at 514 West 24th Street, near the High Line and an area of New York City sprouting distinctive new buildings by some of today’s best-known “starchitects.”  Time will tell if the Art-Deco inspired building is considered a masterpiece but it sure is distinctive and the terra cotta work is stunning.”

One after another, each remaining vacant lot along the nearly 1.5 mile-long High Line is giving rise to some of the most architecturally innovative design across the Five Boroughs. Each of the new buildings has their own identity and aesthetics, jostling to be the next spectacle in West Chelsea. One long-awaited and highly anticipated project is The Fitzroy, at 514 West 24th Street, designed by Roman and Williams and developed by a partnership between JDS Development and Largo Investments. Now, the scaffolding has come down, revealing what hopefully won’t be a once-in-a-lifetime revival of Art Deco stylings, built for contemporary sensibilities.

See our previous posts about The Fitzroy here.

See a compilation of some recent NYC projects here. 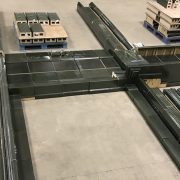 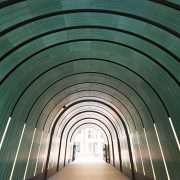 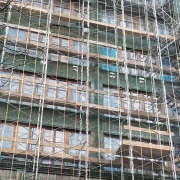