In mid-October, students and apprentices from the University of Pennsylvania School of Design took part in an event called the Thin Tiled Vaulting Exercise. This was one of three hands-on workshops taught at the University by Professor Franca Trubiano as part of the Masonry Techtonics course at PennDesign Architecture.

The exercise was devised by Jonathan Dessi-Olive, a graduate of PennDesign and an instructor at Georgia Tech, in order to demonstrate the functionality of structural tile units. Participants of this event were challenged to work with relatively thin terra cotta tiles to create self-supporting vaults and arches. The techniques used are similar to the construction of 13th century Catalan Vaults in Spain and by Raphael Guastavino during the late 19th century in the United States. Materials for this Thin Tiled Vaulting Exercise were donated and expedited by Boston Valley Terra Cotta.

Though sometimes thought of as an ancient art, Guastavino tiles are still being used today due to their intricate beauty and their reputation as a long lasting design solution. Boston Valley Terra Cotta has manufactured the Guastavino Tiles for Grand Central Station, Oyster Bar Restaurant and the Queensboro Bridgemarket, both in New York City.

This event was sponsored by PennDesign Architecture, Brick Layers and Allied Craft Workers Local 1, and the International Masonry Institute. 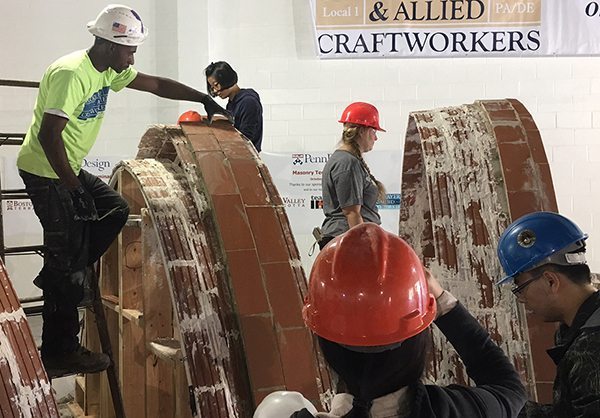 Students and apprentices at work on the Thin Tiled Vaulting Exercise. 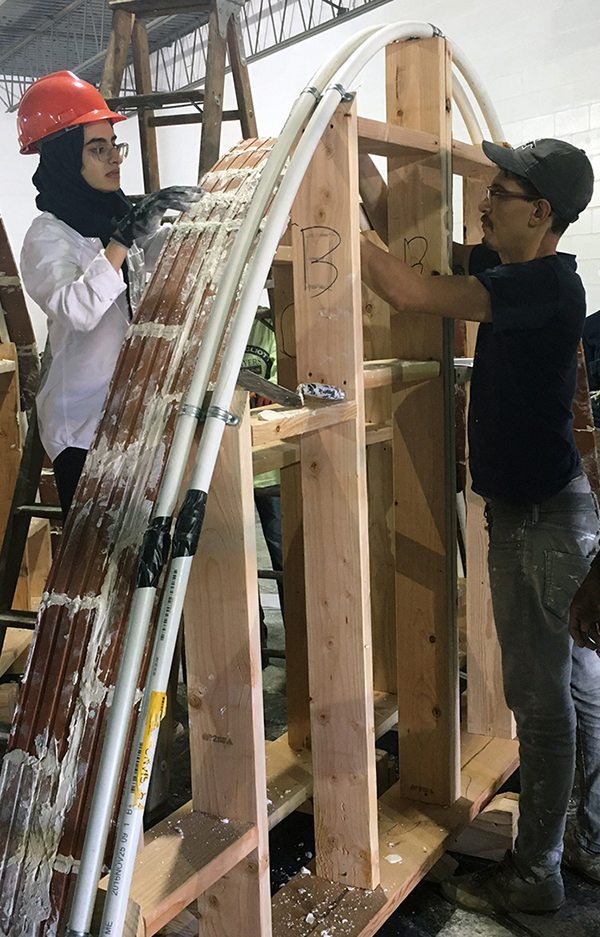 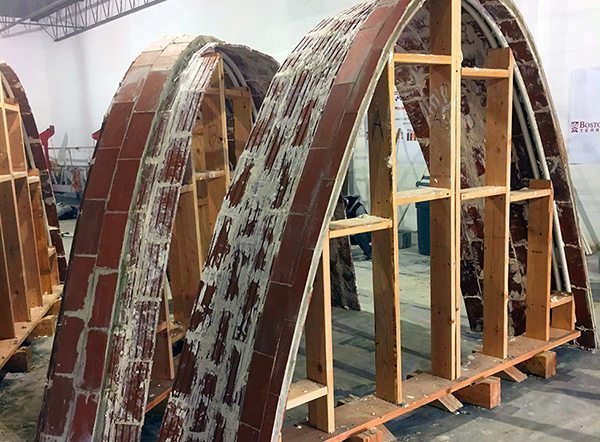 After the application of the structural tile units, the forms are left to cure. 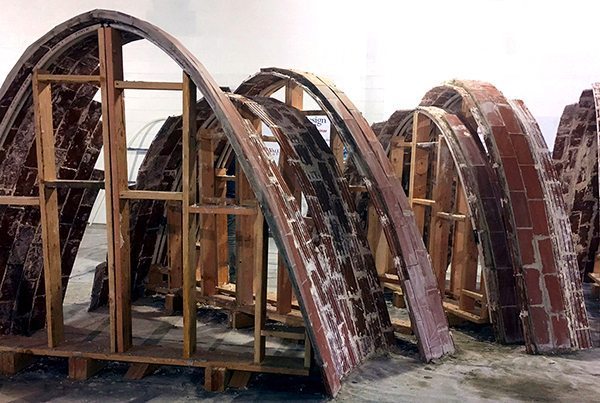 After the forms have dried, the wooden armature will be removed and the thin tile parabolic arches will support themselves. 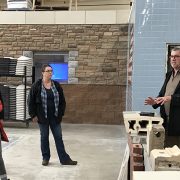 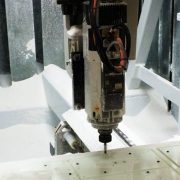