A second museum designed by Mario Botta has just opened in the United States, bearing all the hallmarks of the world renowned Ticino architect.

The Bechtler Museum of Modern Art – named after its benefactor, the Swiss Andreas Bechtler – is situated in the centre of Charlotte, North Carolina.

The terracotta coloured exterior strikes the eye, as do the geometric shapes and the convex, 15-metre-high column at the entrance.

The roof of this entrance area is the floor of the actual exhibition space. “We have created a little plaza here,” Botta told swissinfo.ch.

The Bechtler Museum is like a design for a theatre and a city museum under construction, he said. Together these form a culture campus. The main north-south highway runs directly past the new Botta building, which has four levels and a total floor space of 3,000 square meters.

By European standards, it is an imposing building. But by American standards it is rather modest. “It is an intimate space,” said Botta. That becomes clear when you view the building from a distance, and see it surrounded by skyscrapers.

The impetus for the museum came from industrialist Andreas Bechtler, who moved to Charlotte in the 1970s and inherited with his sister his parents’ art collection, including important 20th century pieces.

As he wanted to make the collection accessible to the public, Bechtler donated around 1,400 pieces to the city of Charlotte, 116 of which are now on display. These include works by Andy Warhol, Alberto Giacometti and Jean Tinguely as well as Picasso, Jasper Johns, Max Ernst, Paul Klee, Le Corbusier, Joan Miró, Alexander Calder and Ben Nicholson.

The museum was built by the city and district of Charlotte at a cost of $17 million (SFr17.33 million), with financing from the Wachova/Wells Fargo bank. Bechtler contributed an additional $3 million of his own.

When it came to the choice of architect, he appears to have had the right to nominate someone. “I received the commission from the city of Charlotte on Bechtler’s recommendation,” Botta explained.

In the entrance area stands the large Firebird sculpture by the French-American artist, Niki de Saint Phalle (1930-2002), which dates from 1991. Bechtler was convinced that this rounded sculpture would be the perfect counterweight to the linear-geometrical museum building.

“The Firebird is both exciting and a symbol of a warm welcome to all visitors to Charlotte and to the Wells-Fargo-Cultural-Campus,” writes museum president John Boyer on the Bechler Museum website.

For Botta, it is the second building he has erected in the US. His first work was the San Francisco Museum of Modern Art in 1995. Both his US buildings are modern art galleries.

“That is really coincidence,” laughed Botta, adding that he has no other projects in the US at present. 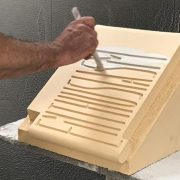 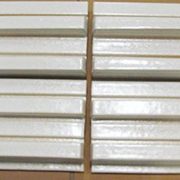 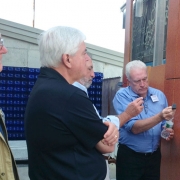 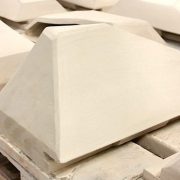 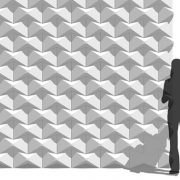