After years of sitting vacant, the former Childs Restaurant Building on Coney Island has been redeveloped into the Seaside Park and Community Art Center. Opened in 1923, during the height of Coney Island’s popularity as a vacation spot for people to escape the city, the building served as a restaurant until the early 1950s. It was given NYC landmark status in 2002.

Originally designed by the firm of Dennison & Hirons, the Childs Restaurant building is a Spanish Colonial Revival style with a stucco facade and fantastically decorated terra cotta ornament. Originally fabricated by the Atlantic Terra Cotta company, the terra cotta ornaments feature a nautical motif, depicting sailing ships, the sea god Neptune as well as many intricately carved sea creatures. Both the physical detail and whimsical colors of the blocks are impressive to view. 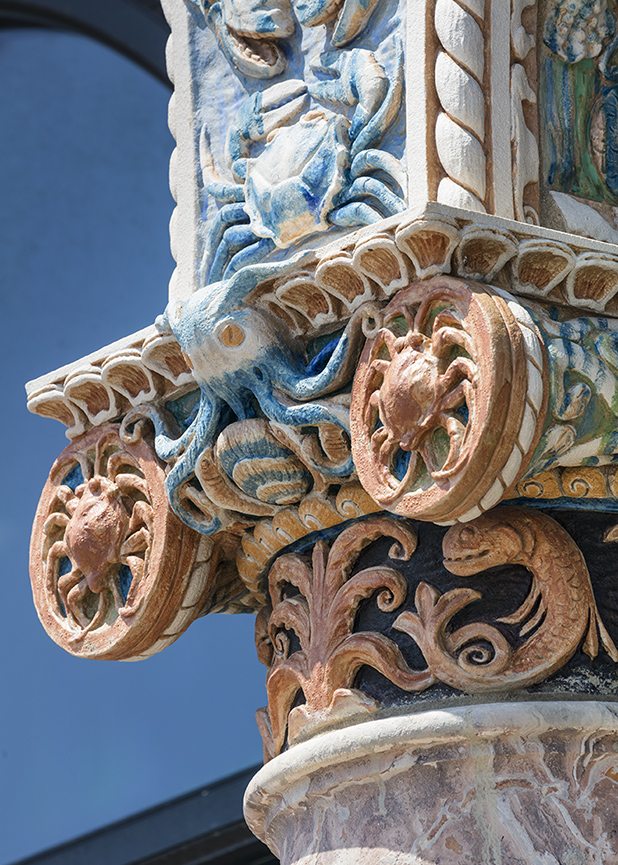 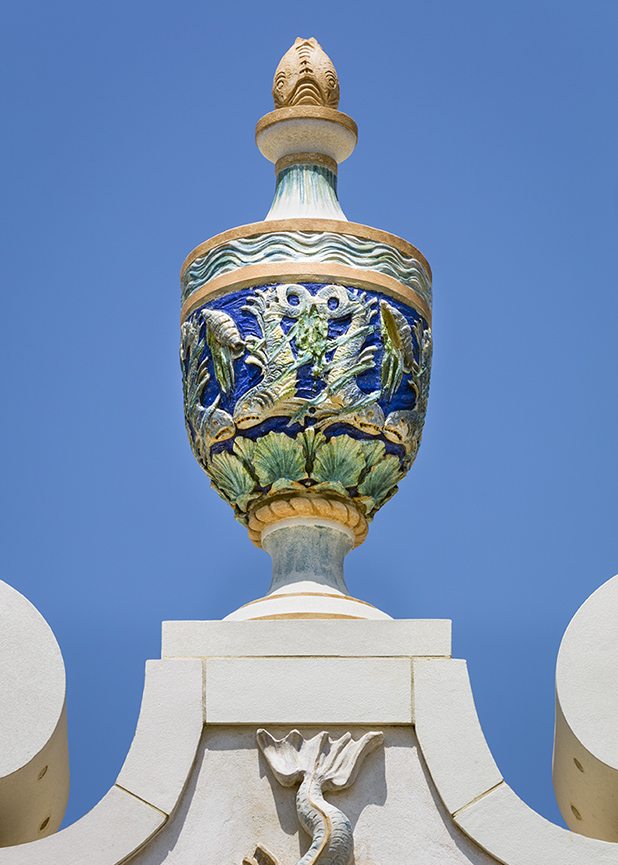 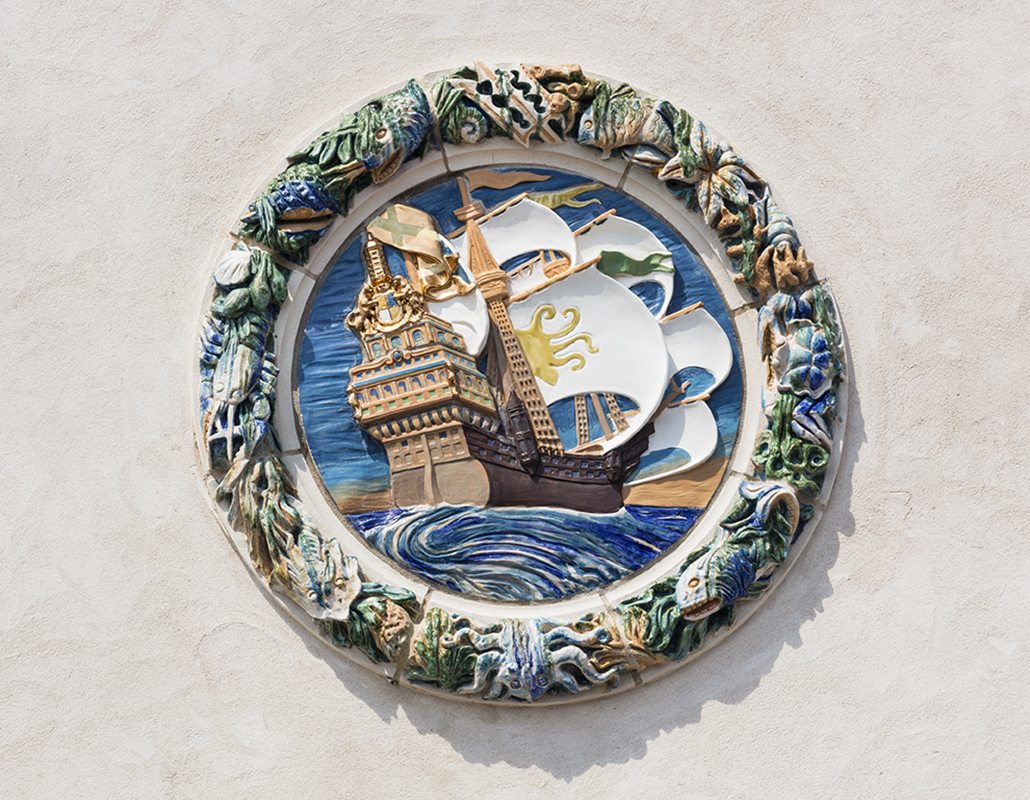