The combination of sandblasted, machined score, honed and ribbed profile panels create an interesting texture on this facade and make the building contextually appropriate for this historic stone campus.

In the fall of 2012 work was completed on the construction of Connecticut College’s New London Hall Life Science Building. Constructed in 1914, the original London Hall is connected to the new hall by a glass-walled corridor and provides updated teaching labs and classrooms. Boston Valley Terra Cotta’s TerraClad™ rain screen system was selected for the Payette-designed high-performance building envelope. The façade design is unique in that not only the physical shape of the addition mimics the original London Hall, but also the properties of terra cotta were employed in various ways to compliment the look of this traditional stone campus. The building was granted LEED Gold certification by the USGBC and also received an award from the Boston Society of Architects during their 2013 Design Awards in the Education Facilities Design category. The New London Hall facade was one of the more complex projects Boston Valley has worked on due to its custom corner conditions, varied module sizes, and multiple textures. Attention to detail and coordination with the job site were key elements for success on this project.

The design called for the corners to appear seamless to mimic the look of the stone corners on the adjacent structure. These solid corners were achieved by drilling and slotting the mitered panels in order to affix them to a bent aluminum angle. A colored epoxy was then added to fill the remaining gap.

Perhaps the most impressive part of New London Hall was the combination of textures and custom panel profiles utilized to compliment the historic masonry stone buildings. A mix of honed, sandblasted, machine scored and natural textures was used to replicate the stone’s natural color variation. There were several different profiles, requiring the manufacture of five separate extrusion dies. With small height variations from panel to panel, the TerraClad™ vertical track system required a custom spacing punch for proper installation of the panels. In order to make the appearance of the façade seem natural and less grid-like, careful coordination for the placement of textures and profile variations was required through detailed Boston Valley elevation drawings.

Another challenge the building presented was the size of the modules. The peak at the top of the building features panels that are over 6’ long. A typical TerraClad™ panel is produced in dimensions up to 5’. The increased length is difficult to achieve because the panels have a higher chance of rejection for tolerance issues during the manufacturing process. Nonetheless, due to great care taken by the craftsmen at Boston Valley, the long panels were made successfully.

The jury from the Boston Society of Architects 2013 Design Awards commented that: “This new addition and renovation revitalizes the historic features of an existing building while creating a modern science facility. By further developing the existing site rather than building on a green site, the project protected the campus ecosystem. The proportion and form of the addition emulate the existing granite structure while asserting a contemporary identity with its handsome terra cotta skin.” 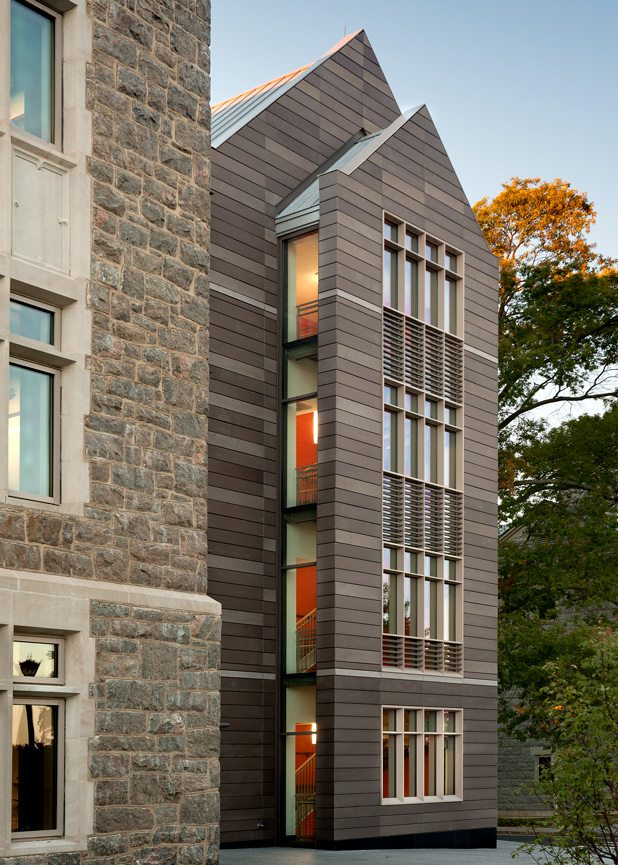 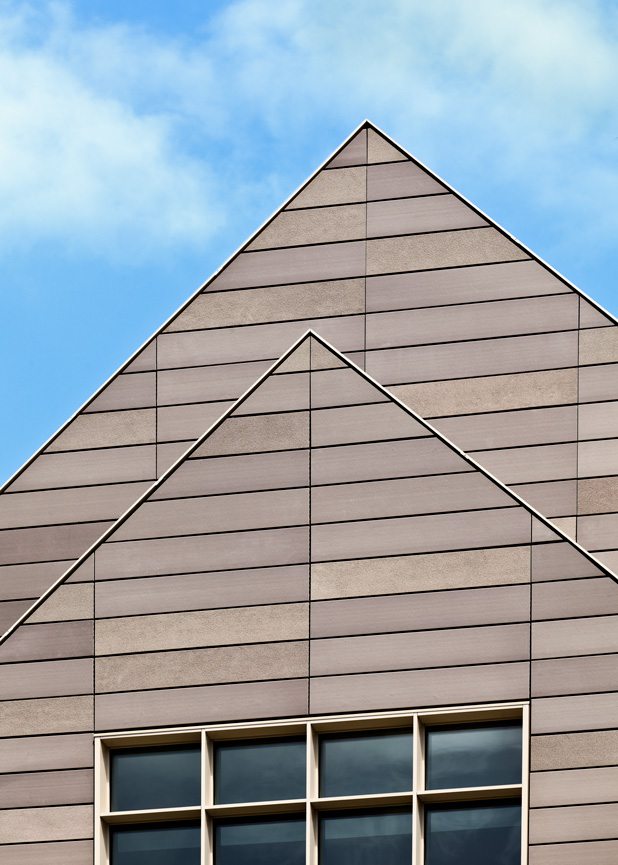 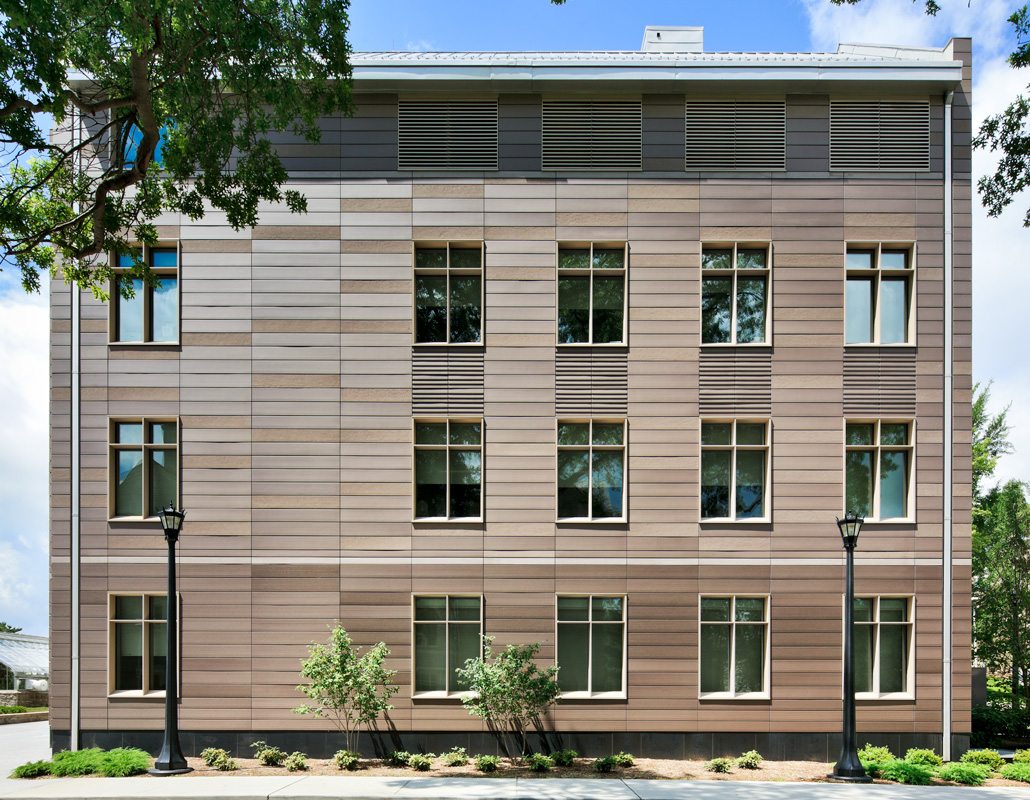