Rising to a height of 1,401 feet, the recently completed One Vanderbilt building has joined the distinguished silhouette of New York City’s skyline at 73 stories tall. The building was designed by KPF for SL Green and Hines. Located on 42nd street in Midtown Manhattan, the structure features a stunning terra cotta façade manufactured by Boston Valley Terra Cotta.

The highly anticipated 1.75 million square foot tower, now the tallest office building in Midtown, takes up an entire block occupied by Madison and Vanderbilt Avenues. The construction of this supertall skyscraper was achieved through the collaboration of many parties to bring the tower to completion in 2020. Construction of One Vanderbilt was carried out by Tishman Construction in partnership with Permasteelisa North America — who designed, engineered, manufactured and installed the curtain wall — and IDA Exterior Systems and Component
Assembly Systems — installers of the terra cotta soffit.

One Vanderbilt’s exterior façade is comprised of a unitized curtain wall containing, glass, aluminum, and glazed terra cotta spandrels. Skillfully installed by Permasteelisa, the diagonal spandrels alternate with tall glass windows and aluminum bands to create a harmonious balance. Boston Valley manufactured all 42,000 of the white terra cotta spandrels that climb up the building’s façade, along with 2,500 soffit panels that are installed both in the interior and exterior of One Vanderbilt. As a classic building material, the terra cotta elements of the building complement the older architecture of the historic district, including its world-famous neighbor, the Grand Central Terminal. 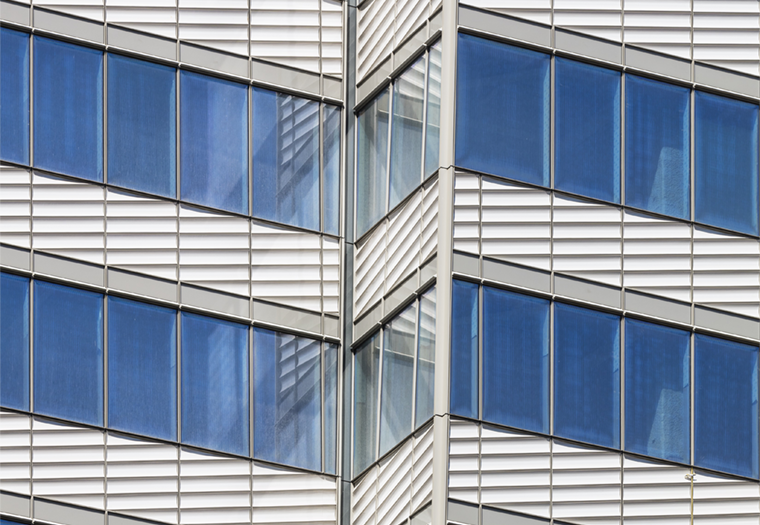 The white glazed terra cotta spandrels are luminous on the facade of One Vanderbilt. Photo Credit: ©Chris Payne/Esto

The relationship between the two structures continues “below the surface” as they are connected by an underground concourse. In order to gain approval from the New York Landmarks Preservation Commission, One Vanderbilt’s design needed to be sensitive to its historic locale. The podium of the skyscraper reveals the western facade and detailed cornice of Grand Central, previously hidden from view for decades, with a cantilevered section that is angled for the preservation and respect of the terminal. Lining the cantilevered ceiling are Boston Valley’s orange glazed soffits, which echo the Guastavino tile ceiling vaults of the adjacent terminal.

One Vanderbilt has a unique profile consisting of four volumes that interlock and taper as they ascend to their final height. KPF’s president and design principal, James von Klemperer states in a recent designboom article,

“the four interlocking volume idea came to us during the concept phase of design. the pinwheel form allowed us to drop individual masses off at different heights, so that the top diminishes in size dramatically before terminating in a single spire.”

All corners on the outer terra cotta field panels were custom cut to accommodate the facade’s gradual changes in dimension. Over 140,000 square feet of terra cotta was used to manufacture the building’s spandrels. Six spandrel panels made up each assembly at the podium level, changing to four on the tower. For panels longer than 65”, Boston Valley mechanically fastened two panels together to create one larger spliced piece. Once prepared, Permasteelisa engineered a unitized curtain wall system, incorporating the terra cotta spandrels, and shipped the frames to the job site for a seamless installation. 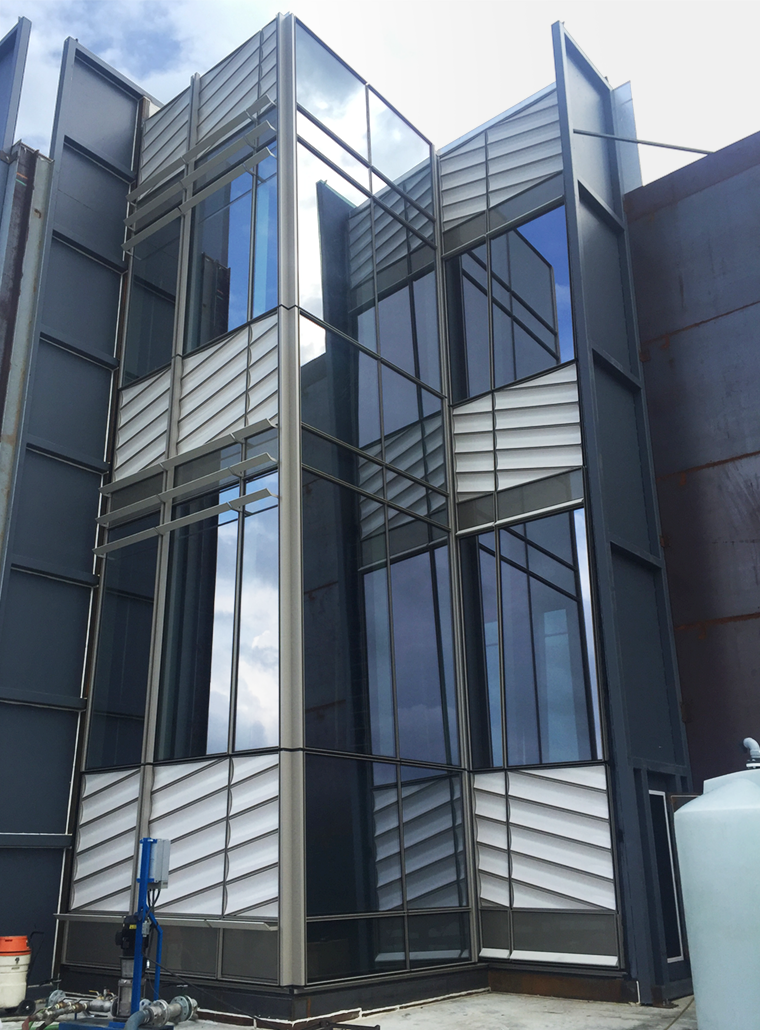 A visual mockup of the unitized façade, showing the terra cotta spandrels within Permasteelisa’s curtainwall.

All the terra cotta spandrels created for One Vanderbilt were extruded with a concave shape, creating scalloped contours that catch and reflect the sunlight when assembled together. The extrusion forming method is the most cost-effective method of clay production and it is ideal for units that require the duplication of linear profiles in large quantities. Specific research on reflectivity went into the creation of One Vanderbilt’s white glaze to reflect light back onto the neighboring Grand Central Terminal. Each panel was glazed in a fully opacified, custom white high gloss that was applied using a pooling technique: during firing, gravity causes the glaze to spread thin down the curved sides of the profile with a higher concentration of glaze at the bottom. The resulting pooling effect creates variation in the opacity and reflectiveness of the panels, emphasizing the diagonal linear pattern of the spandrels.

For the soffit panels on the cantilevered underside of the facade, Boston Valley applied a custom single-fired satin orange glaze, partially opacified. The soffits were then drilled and mounted to IDA’s attachment system; exterior panels were preassembled at the facility, while interior panels were shipped directly to the job site for installation. 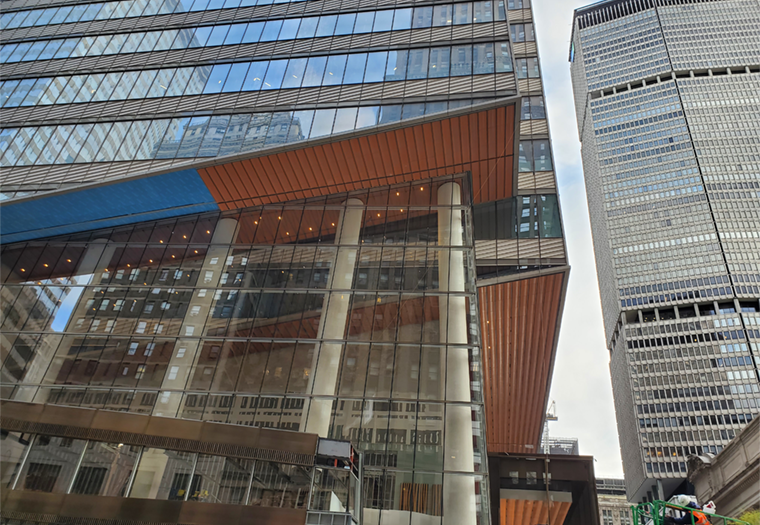 The orange soffit is shown on the cantilevered section of One Vanderbilt during installation. Photo Credit: ©Chris Payne/Esto

Boston Valley is proud to have been an integral part of this high-profile project in New York City. As always, Boston Valley applied their quality control standards to each part of the manufacturing process to ensure the timely production of materials for One Vanderbilt. The terra cotta created for the facade of One Vanderbilt represents Boston Valley’s dedication to produce consistent, quality products that meet the highest standards for high performance buildings.

Featured Image: A mid-construction photo of One Vanderbilt next to the Grand Central Terminal in Midtown Manhattan
Photo Credit: ©Chris Payne/Esto