Battersea Power Station is a decommissioned power plant in London, England with a long history of providing energy to the capital city. Developers are beginning to redevelop the location at the south bank of the River Thames after being vacant for many years. Boston Valley Terra Cotta is currently in the preliminary stages of production, working with contractors at Szerelmey to create replacement faience for Battersea.

Though the landmark power station has been decommissioned for over 40 years, it once supplied 20% of the London’s total electricity. The Battersea complex is comprised of 2 main buildings, cranes, and towers. A station was built in 1933 for the London Power Company under supervision of Leonard Pearce and Gilbert Giles Scott, and twenty years later, B Station was constructed in an almost identical fashion. Once the restoration is complete, Battersea Power Station will be transformed into a multi-use building with commercial offices, retail and residential spaces.

At the Boston factory, glaze samples and mockups are being developed to match the original material and surface treatment of Battersea’s stonework. This is a dedicated and thorough rehabilitation, so a great deal of attention is being paid to matching the exact materials, variance and overall appearance of the original building. This faithful approach to restoration brings the aesthetics of the old world into a new context to attract new inhabitants to the area.

The terra cotta elements on Battersea will feature faience cladding with multiple, custom developed glazes. Since A Station and B Station were constructed at two different times, there is variance between the look of the materials. Variations in the glazes are being determined to match the specific surface treatments of the Battersea Power Station.

Below are images of a mockup featuring two blue speckled glazes with different densities of spots. 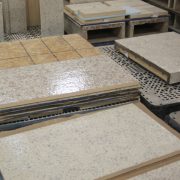 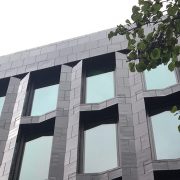 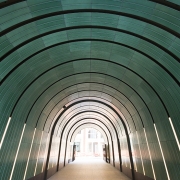 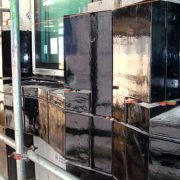 Installation is Underway on 30 Broadwick in Soho, London 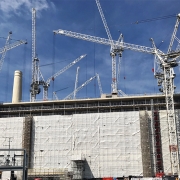 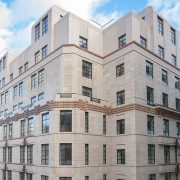 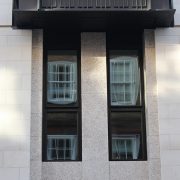