From bricks to buildings to 2020’s Innovator of The Year.

This year Boston Valley Terra Cotta has been named Innovator of the Year at the Architect’s Newspaper Design Gala in New York City. Our status as an innovator can be attributed to the effort we put into fabricating terra cotta for high performance building envelopes that push the boundaries of the medium.

Early architectural projects handled by the Krouse family were exclusively in the restoration market, and one of the first noteworthy jobs was the Guaranty Building in Buffalo, NY. Originally designed by famed architect Louis Sullivan, it was one of the first modern skyscrapers of its kind — a column frame construction sheathed in terra cotta blocks. This significant project proved the validity of Boston Valley’s work, and it put them on the map as a source for historic restoration in terra cotta masonry. 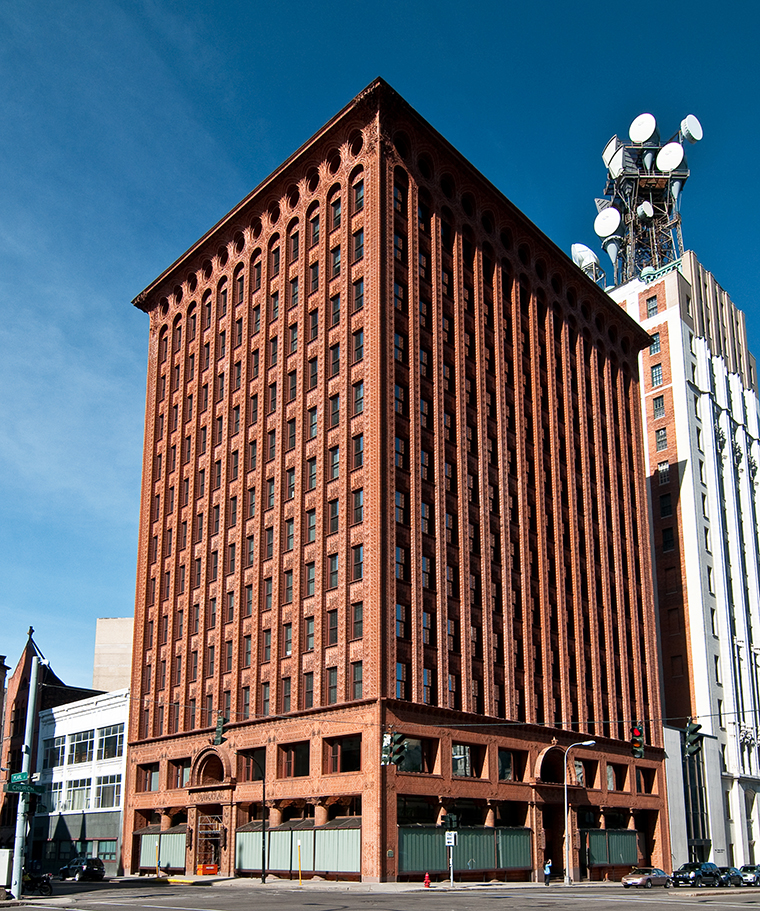 When the market began to shift with a rapid increase in sophisticated technology for manufacturing, terra cotta used in Rainscreen panels became more prevalent. Innovations in the construction market created a desire to build with materials that could be fabricated into different profiles with a variety of surface treatments. Terra cotta is well suited as it is inherently a transformative medium — malleable and easy to work with when wet and sturdy once it’s fired.

One of Boston Valley’s first significant terra cotta rainscreen projects was the Bechtler Museum of Modern Art designed by Mario Botta, which opened in 2010. The building located in Charlotte, North Carolina is exemplary of a modern approach to architectural ceramics. Compared to the detailed and decorative masonry in the Guaranty Building, the Bechtler Museum emphasizes the linear planes of the panel system that elegantly wraps the building in that signature terra cotta orange color, including a custom rainscreen application around a large column at the entrance. 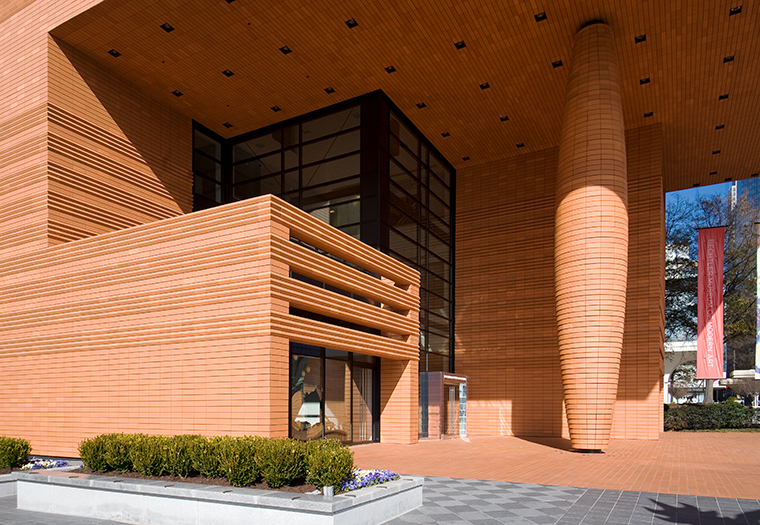 The Bechtler Museum in Charlotte, North Caroline is a great example of a modern application of terra cotta.

Architects and façade engineers have come back to building with terra cotta for its natural beauty, its sturdiness, and the potential for creativity and design. This trend has led to the design and development of innovative building projects using terra cotta in exciting ways. Architectural terra cotta facades can take many different forms, and since new technologies and techniques have been brought into our processes, Boston Valley continues to partner with architects to create stunning works with architects.

The green cladding made for the John and Mable Ringling Museum — Center for Asian Art designed by Machado Silvetti is another perfect example. Using digital rendering to create the complex design of the interlocking system of curved tiles, the Ringling was a 2016 BSA Design Award winner for Design Excellence.

With a rich past in architectural ceramics, Boston Valley Terra Cotta looks forward to the future of terra cotta. As they continue to invest in the research of new techniques and education, with research-driven workshops like Architectural Ceramic Assemblies Workshop, now entering its fifth year, Boston Valley Terra Cotta is committed to remaining a leader in its industry. 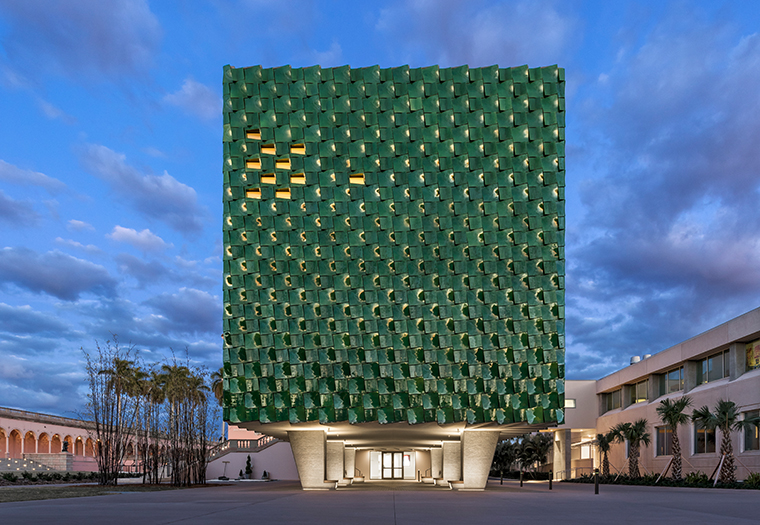 The green glazed Rainscreen tiles on the Center for Asian Art are shown at night.

White Terracotta Facade Nearly Complete on The Dime as Highlighted in New York...

The Architect’s Newspaper recognizes excellence at the first Annual Design...
Scroll to top